The Best for the Last 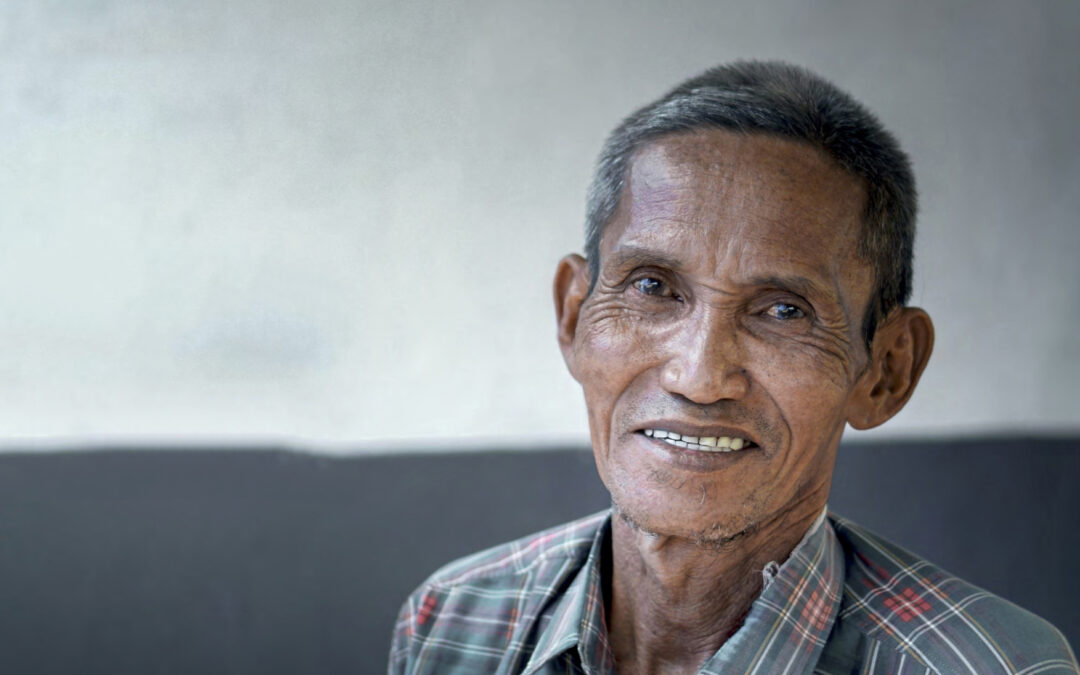 Najemudin is a 66-year-old resident of Lombonga. He felt happy he was able to fulfil his wife’s last wish – to have an adequate toilet. Najemudin’s wife, Sabria, recently passed away and he misses her very much. He was crying as he recalled how happy Sabria was when they finally got a toilet of their own.

Sabria was suffering from palsy at that time when they were recovering from the disaster, “When we felt the earth shook, I mustered all the strength in me to carry my wife out of our house.” Najemudin recalled.

They were so afraid of aftershocks and decided to live in evacuation camps for a few weeks, even though they could stay in a part of their house, which they considered safe. They moved from one evacuation camp to another. Since the toilets were not adequate, Najemudin assisted his wife every time she needed to go to the bathroom. Sometimes, they both fell because he was too weak to assist his wife.

After a few months, Najemudin was convinced to go back home due to Sabria’s request. Najemudin could imagine how much suffering his wife had to endure to move from one refugee camp to another.

As part of the elderly population, their vulnerable condition prompted Habitat Indonesia to build an adequate toilet for Najemudin and his wife. After a few weeks, the constructed toilet near their bedroom was ready to use.

“My wife was so happy to have a new toilet nearby that she can use with ease. I believe that I have given my best effort to support her and she must have been grateful for it, even though only for a short time,” said Najemudin.

Many of us take our toilet for granted, yet 4.2 billion people still live without access to safely managed sanitation facilities.​ Sign up to be our Hope Builders today and solve the Sanitation Crisis together for the vulnerable families around the world: https://habitathk.give.asia/campaign/family-fundraiser-fun#/

No comments to show.