For the 7th Habitat Young Leaders Build event in China,  travelled to Guangzhou to build houses alongside six low-income families in Daba village. The volunteers, drawn from Hong Kong and mainland China, spent their weekend helping families currently living in old and primitive houses. Thank you to all the volunteers and hope to see you next year! 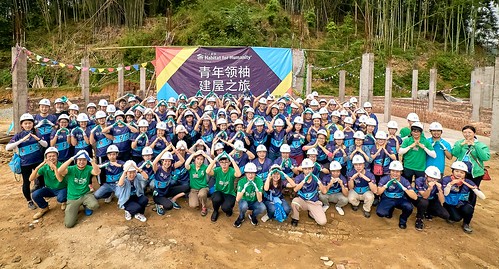 The Myanmar Build 2018 ended with laughter and music on 16 March. Sixty-four student volunteers from Japan, together with nine volunteers from Hong Kong, built eight safe and strong bamboo houses for low-income families in Bago, in southern Myanmar. In addition to building, our ambassador James Hong, produced videos every day to record the memorable moments.
One of the highlights of the trip was when some university student volunteers from Japan shared their ‘hand washing songs’ with local children. All the volunteers, including the Hong Kong volunteers
who didn’t speak any Japanese, washed their hands together to the song.
Eight days flew by as there was much to do each day. The Hong Kong volunteers missed the villagers so much that they drew a picture to send wishes to the new homeowners. The build ended with singing and dancing at the home dedication ceremony, and the families’
happiness with their new homes and the contributions made by the volunteers was palpable.
“We wish the future of the partner families to be like the bamboo their homes are built with – strong and independent”, said volunteer Ray Ngai 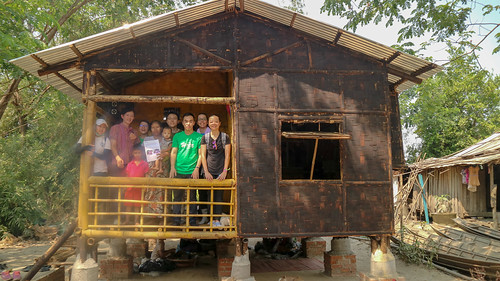